How to Set Up a Successful Newser

Most journalists hate “newsers”. (That’s reporter talk for a news or press conference.) I remember when I worked in news, if there was a news conference on the agenda at the morning meeting, you’d hear groans. No one wanted that assignment. Unless it was associated with a big breaking news story like a train crash, a shooting or a huge, long- anticipated announcement, it was considered the short straw.

Media expectations can be extremely low.

Reporters know they aren’t going to get a scoop because their competitors are there. And, they think that they won’t get the “real” story until afterwards. In view of this attitude, make sure your news warrants a “newser”. Strive to give those who show up something worthwhile. It has to be newsworthy. If they come for something that isn’t, you probably won’t get them to come again. 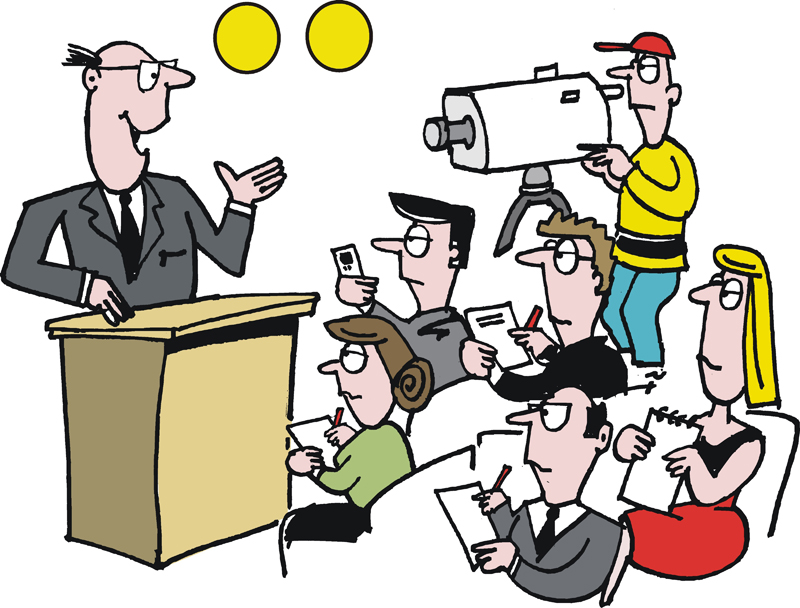 The statement is your moment to shine.

Your statement is your opportunity to set the agenda and the tone of the news conference. You can lay out your message clearly without interruption. Make your statement strong and brief. Reporters are anxious to get to their part…the questions. And, as much as you can, try to present and not read. If you perform well, there’s a better chance the media will use it. Why do you think the first questions at a news conference often ask for the points just read from the statement? It’s because the broadcast media want something that sounds and looks more natural.

A news conference is a group interview.

You’re dealing with more than one interviewer so there’s often no logical sequence to the questions. You’ll also probably get some repetition. Sometimes, reporters come in late and don’t hear that the question has already been asked and answered…perhaps more than once. And, sometimes, they might even repeat a question they like just so they can record themselves asking it. Even though it’s the same question, you should…to a point…answer it. After all, you invited these reporters to your event so let them do their thing.

Don’t cut it too short.

The length of a news conference is subjective. You want to dedicate a reasonable amount of time and that will depend on the topic and the number of reporters asking questions. Ideally, the news conference doesn’t run too long and things wrap up at a time that seems appropriate to both you and the media. Follow-ups with individual reporters can always be scheduled later. In a crisis, news conferences that function as updates can often be truncated. This is expected and understood, particularly, if the media can rely on another update.

Be aware of the cameras.

During your statement, you should acknowledge the audience and scan the crowd. When you’re answering questions, you should look at the person who’s asked the question. But always be aware of the cameras so you don’t present too much profile because that’s usually less flattering. And, when you’re not speaking, always appear engaged in the process because you never know when the camera will be on you.

If you’re not alone, map out your territory.

If there’ll be more than one person fielding questions, you should have your territories mapped out in advance to avoid confusion. Also make sure that whoever is speaking uses the microphone. It can be annoying and disruptive to have someone jump in to answer a question and then have reporters shouting at him to go to the mic.

Be ready for surprises.

Be prepared for an unpleasant or aggressive personality among the group. Realize too that some reporters might use the access they have at a news conference to question you about other issues that are in the news. You may also find that interest groups could use the event as an opportunity to approach you. Certainly, you should answer their questions…just don’t let them take over. It’s possible that those interchanges could become an element of more than one reporter’s story.

A news conference can be an ideal setting for individuals with an axe to grind who will try to grandstand and embarrass you. With that in mind, you should have someone who could act as security in case of a serious disruption and someone needs to be escorted out.

Calling a news conference can be a good way to deal with many journalists and bloggers all at once rather than one at a time. If it’s organized and handled properly, it can save you time and effort and give you more bang for your media relations buck.